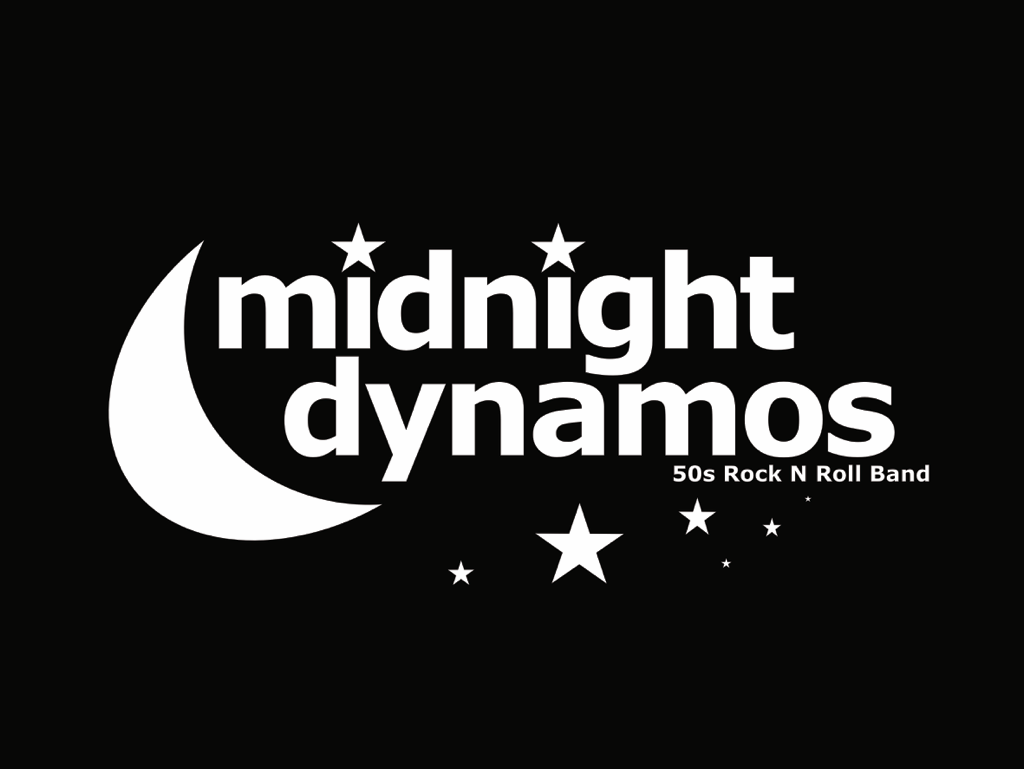 ​The Midnight Dynamos, originally started out as a duo created by Steve & Colin back in 1993,
featuring real life brothers Colin Temple on Guitar and Lead Vocals and Steve Temple on Drums and Vocals.

Originally Colin & Steve didn’t know what to call the duo and several names where suggested including “Cost”
which are the first 2 letters of both their names but due to the lack of confidence in that name another
one was suggested - Midnight Dynamos, a hit record for a band called Matchbox in the Eighties and the brothers
loved the name and the song and thought it would be perfect for the name of the Duo, permission
was granted for use of the name by Mr Graham Fenton the lead singer with Matchbox and the song writer
Steve Bloomfield who wrote the song and also the lead guitarist with Matchbox was over joyed that they
wanted to use this name so Midnight Dynamos began.

The first show took place on a sunny but cold afternoon in October 1993 at a 1950’s Rock & Roll Music Festival
at the Beecholme Holiday Centre in Cleethorpes, Lincolnshire and the show was a success, they were booked by
a couple called Phil and Sandra Rice who heard the brothers rehearsing in the brothers bedroom and instantly
said they wanted to give us a try at the Festival which they did and the Duo took off gaining shows at clubs and
other 1950s Rock and Roll Music venues.

In 1994/1995 the duo was joined on Bass by their friend Brett Harrison, Colin had taught Brett to play the
bass and he also helped out on Vocals which brought a bigger sound and a new dimension to the duo which sounded much better as a trio. Brett stayed with the trio for approximately 1 year and then decided he wanted to do
different things so the boys where then joined by a good friend Ricky Sherwood, again Ricky didn’t know how to
play the bass so Colin taught him the ropes and Ricky very quickly picked it up and also began to
sing once his confidence had built up.
The trio carried on for another few months recording their first cassette tape called Dynamite which they sold
at the shows, evertually they were spotted by Roy Williams of Nervous Records and he approached the trio to
record an album, the boys agreed and with the help of Ray Cotton of the 1980s band The Jets, who had hits all
over the world, the boys recorded their first full proper album, Do You Wanna Dance - CD No: NERCD096, which was released on the 1st June 1999, featuring mostly covers but also a couple of Colin and Rickys own penned songs,
this is still available today worldwide and on most streaming platforms too.

Ricky stayed with the trio for a couple of years and then left to concentrate his career on other things which included becoming a chef. At this time the brothers were joined by Darren Perry who was recommended to the boys
by a friend at a local music gear store, the lads continued strength to strength and was getting more and more
well known that they were spotted by a guy called Gordon Woodhall and was asked to perform a show at
Nantwich Civic Hall in Cheshire, unknown to the trio but Gordon was the manager of The Black Abbotts and was friends with a guy called Ray Martin who was at the time the drummer with The Dreamers (formerly Freddie & the Dreamers) and also an artist agency specialising in bands etc, the trio was recommended to Ray Martin and the boys began working in holiday parks and also supported some other named artistes.
Ray mentioned to the boys one day that if they learnt sixties music numbers then he could get them extra
work and also put them on Butlins 1960s music festivals, which they did and more work came from this, working
alongside massive artistes like Marty Wilde & the Wildcats, Gerry & the Pacemakers, The Fortunes, Susan Maughan,
Brian Poole & the Electrix plus many many more. The trio became the support band for The Dreamers on many
package shows and hence more work came in and the boys never looked back. They also put together a 1970s
show and the band did a few shows under the name Miami Dice, which didn’t last long as the boys didn’t feel
comfortable doing this, not much work came it for it either and so it folded and the boys stuck to
doing the 1950s and 1960s shows instead.

After approximately 6/7 years Darren decided to leave the band and the boys was left to being a duo again, after many talks Colin and Steve called it a day on the Midnight Dynamos and ceased to exist. Colin and Steve began to work
on their new project The Temple Brothers - a tribute to The Everly Brothers which they still perform to this day.

They had no plans to ever perform as The Midnight Dynamos again until approx 10 years later they were asked to
reform for a special charity show for Phil and Sandra Rice who originally gave them their break back in 1993, they
agreed and was joined on that night by Laura Hickling who was a great bass player and vocalist and they tore the
place up and thought about maybe it might be a good idea to start the band up again.

The boys did and Laura helped out where she could until thanks to the power of Facebook, they began talking with
Ricky Sherwood whom they had lost contact with over the years and he came to see them as The Everly Brothers
in a show near Mansfield in Nottinghamshire, they chatted about old times and Colin said to Ricky how would
you like to do a few gigs and have a laugh and see what happens, Ricky agreed and the rest as they say is history.
Now into their 29th year in the entertainment industry, Colin and Steve along with Ricky still perform as
The Midnight Dynamos across the country amongst their other projects and are currently working on recording
a brand new album, which they all say is well overdue, they have had the pleasure of backing Charlie Gracie
from the USA, whom had hits with Butterfly, Its Fabulous, Heart like a Rock and many more and then in
March 2019 they had the pleasure of filling their life long dream of backing Graham Fenton from Matchbox
at a show in Broughton in Cheshire some 26 years later after he gave them permission to use the name.

The Midnight Dynamos are still wowing venues all over the country with there drive of 50s rock ‘n’ roll music,
harmonies, superb musicianship, there own unique style of performance and a full dance
​floor is certainly a must with the boys.
For further information or for a booking request please fill in the form below selecting your request option.